Faculty members in the Department of Chemistry characterize Alexis Eugene as an outstanding student, critical thinker and driven researcher. Her accomplishments were recently recognized at the national level as she received the Graduate Student Award from the Environmental Chemistry Division of the American Chemical Society (ACS). This prestigious award is given to students with strong research productivity, and Eugene’s record – which includes co-authorship on a letter in the Proceedings of the National Academy of Sciences and an article in Atmospheric Chemistry and Physics Discussions – is indicative of her hard work, as well as the groundbreaking research taking place at UK. Professor of Chemistry, Marcelo Guzman, who serves as Eugene’s advisor and nominated her for the ACS Award, noted that she was very deserving of the award, “Alexis is eager to learn and try new techniques until they work [and provide] meaningful results. She takes the initiative for learning what needs to be done.”

After earning her bachelor’s from Bellarmine University, Eugene chose to pursue her Ph. D. at UK because it would offer her the best research experience. Originally interested in pursuing organic chemistry, after touring Guzman’s lab, she was exposed to a new awareness of environmental work. “Normally when you think of environmental-based science you think of people out in the field conducting studies, analyzing the environment itself,” she explained. “Here we do laboratory experiments aimed at elucidating what is actually happening in the environment.” 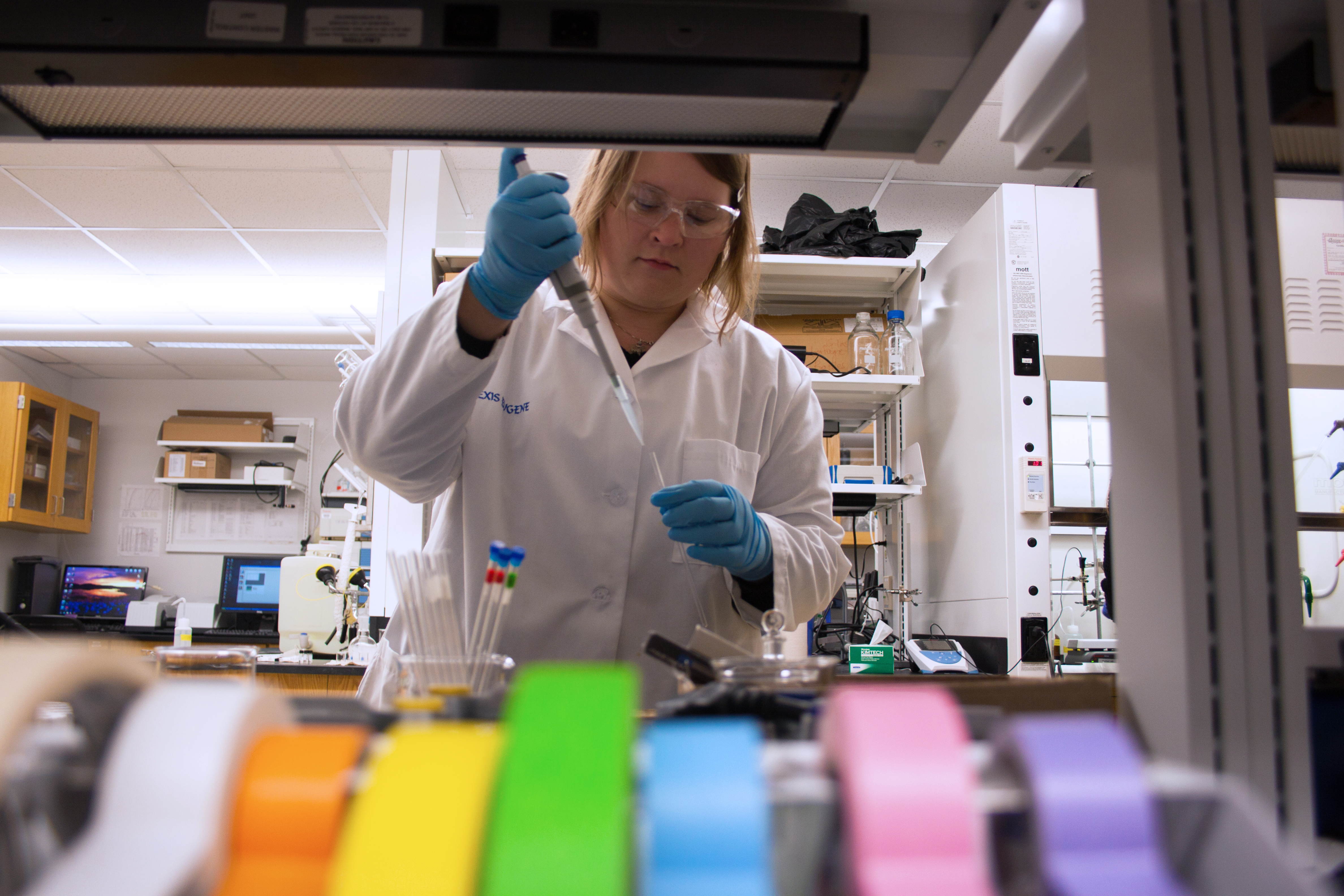 Broadly speaking, her work in Guzman’s lab involves modeling the kinds of reactions that can happen in the atmosphere in an attempt to uncover the mechanisms behind those reactions and the products they create. Eugene’s own research project deals with the role pyruvic acid plays in the formation of aerosols in the atmosphere. Aerosols play an important role in atmospheric chemistry: not only can the composition of aerosols affect the “lifetime” of clouds in the atmosphere, but aerosol is believed to have a cooling effect on the atmosphere because of its ability to absorb and scatter radiation.

Eugene points out that our understanding of aerosols seems less than complete. Since models for the organic composition of aerosols do not match the compositions measured in the field, her goal is to find an explanation for how that organic aerosol is developed in the atmosphere.

“The atmospheric effects of aerosols are really uncertain – there are large error bars for the cooling effect on the environment,” Eugene explained. She believes those errors will be much smaller once her research can show how pyruvic acid and other molecules contribute to the formation of aerosol.

Guzman describes Eugene’s research as innovative. “It addresses new problems in atmospheric chemistry. Her work covers a broad spectrum of environmental conditions with global implications to air quality and climate.”