Abstract: The consumption of tobacco products is a known contributor to a variety of health conditions and disease pathologies including cardiovascular and lung diseases. In addition to these well-known pathological effects of tobacco use, it has been established recently that tobacco consumption as well as nicotine consumption alone results in distinct, dysbiotic perturbations to the enteric microflora of the gastrointestinal tract. Previous research into the intestinal microbiome has demonstrated that these microbes are active contributors to the maintenance of a homeostatic and tolerogenic environment within the host. In fact, the presence of our enteric microflora is necessary for the proper development of a variety of critical internal systems, namely the immune and nervous systems. It is well known in literature that nicotine/tobacco consumption alters the intestinal microbiome in a dysbiotic fashion resulting in the development of inflammatory conditions, diseases of the digestive tract, and the development of stress-related disorders and depression. However, what has yet to be elucidated are the mechanisms by which nicotine/tobacco use alters the composition of the microflora to these dysbiotic states. In this dissertation, our research efforts focused on elucidating the mechanisms by which nicotine use alters the microbial composition of the gastrointestinal tract and what effect these compositional changes have on immune function. In order to accomplish our experimental goals we studied 1) the inhibitory properties of nicotine alongside other similar phytochemicals. This work revealed that nicotine does possess antimicrobial properties however, the concentrations at which nicotine was inhibitory were not physiologically relevant. Thus, we were able to dismiss inhibition by nicotine exposure as an explanation for the compositional changes seen in the literature. We next studied 2) bacterial products produced under nicotine stress and evaluated the impact these products had on innate immune cells to gauge the immune response under nicotine-exposed conditions. Here we found that exposure to nicotine and its primary metabolite, cotinine, resulted in differential protein packaging into extracellular vesicles in addition to hypervesiculation and an altered metabolic profile by the microbes studied. We also found that the plasticity of anti-inflammatory macrophages to a pro-inflammatory phenotype was impaired by nicotine in the presence of vesicles as a bacterial stimulus. Lastly, we studied 3) whether use of electronic nicotine delivery systems (ENDS) resulted in compositional changes similar to those seen in tobacco and nicotine use. We demonstrated that ENDS use appears to instigate compositional changes to the intestinal microflora similar to tobacco use and that these compositional changes are accompanied by inflammation of the gastrointestinal tract in murine models. In this manner, we were able to determine that nicotine/tobacco use likely alters microbial composition through a multifaceted approach, namely, through shifts in microbial metabolism thereby altering the pantry of available nutrients for consumption by other microbes and through shifts in immune response to a dominantly tolerogenic environment allowing for the growth and spread of a multitude of microbes without immune intervention. 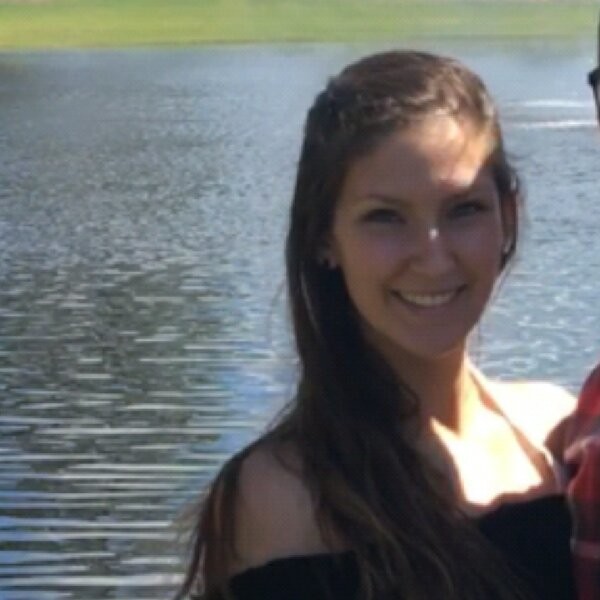 Abstract: Plant-derived compounds have the potential to produce value-added compounds with a variety of applications. For example, the lignin part of the lignocellulosic biomass, produced in large quantities as waste from the paper and pulp industries, is a rich source of phenolics with potential applications in the renewable energy sector, pharmaceutical, and chemical industries. On the other hand, plant alkaloids are the primary source for developing plant-derived therapeutics. Unfortunately, the recalcitrant nature of plant cell walls, low extraction yields of small secondary metabolites, and the lack of effective analytical methods for a rapid and accurate identification of plant-based compounds and plant’s degradation products are the major limitations in plant-based valorization efforts.

In the second chapter of this dissertation, a mass spectrometric method based on lithium cationization was developed to sequence lignin model oligomers with mixed bonding motifs, with a potential application in facilitating the structure elucidation of lignin degradation end products with β-β and β-O-4 linkages. In the third chapter, an important lignan, syringaresinol, was characterized in bourbon whiskey. The origin of syringaresinol was investigated using a model aging experiment to further our understanding of bourbon’s chemical composition. In chapter four, the development of a mild ethanosolv treatment combined with a GC-MS method enabled the detection of several different phenolic compounds in lignocellulosic biomass, which can be potentially used to rapidly compare different biomass samples for the valorization applications. Lastly, in chapter five, synthetic methods in combination with extensive mass spectrometry-based analysis were used to semi-synthesize new plant-based alkaloids with potential applications in drug discovery and development.

Overall, these studies confirm that mass spectrometry-based techniques provide a sensitive and robust analytical platform for the analysis of plant-based products. 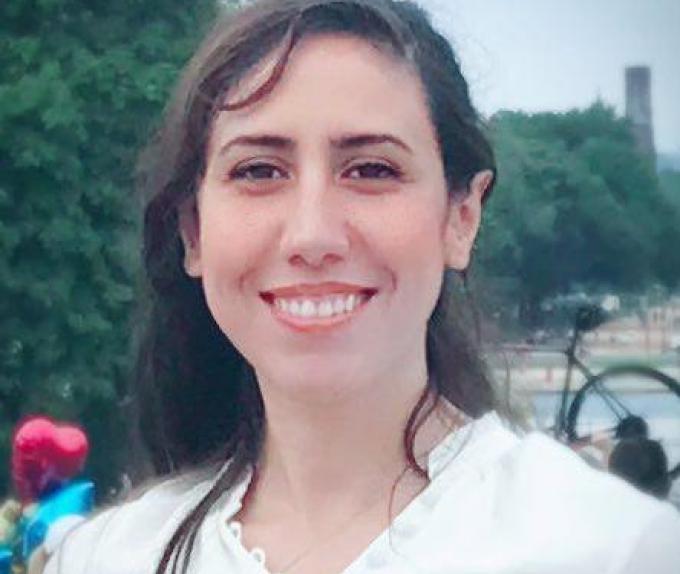 Exit Seminar: "Antibiotic permeation in Gram-negative bacteria and contribution of inflammasome activation and pyroptosis during pathogenesis of Salmonella systemic infection"

Antibiotic resistance is one of the major global issues in the field of public health and medicine. Good antibiotic candidates need to be selectively toxic, inhibit cellular target, and effectively penetrate and accumulate in bacterial cells. The last factor is a formidable barrier in the development of antimicrobials effective in Gram-negative bacteria, due to the presence of two layers of cell envelope. The first half of my thesis focuses on understanding the permeation of small molecules through this formidable cell envelope, distribution inside the cell of Gram-negative bacteria, and design of novel methods to make small molecules effectively cross the cell envelope. The second half of my thesis focuses more on the crosstalk between Gram-negative bacteria and host immune system during systemic infection and sepsis. More specifically we studied the contribution of inflammasome activation and pyroptosis during pathogenesis of Salmonella systemic infection.

In the first project, I studied the accumulation and distribution behavior of fluoroquinolone class of antibiotics inside Gram-negative bacteria using E. coli as a model. Although several studies have been focused regarding the correlation between compound’s cellular accumulation and their effectiveness against Gram-negative bacteria but no correlation between accumulation of antibiotics and their efficacy has been observed. In this study, we measured the concentration of nine fluoroquinolones accumulated in the subcellular compartments of E. coli. Good correlation between the MIC and the cytoplasmic accumulation, but not whole cell accumulation, was observed using a pair of isogenic wild type and drug-efflux deficient strains. Our results supported the explanation that the efficacy cannot be determined by the whole cell accumulation alone. Accumulation in the target region as well as the intrinsic potency determines the effectiveness of an antimicrobial compound.

In the second project, I explored whether conjugation of biotin to small molecules can increase the permeation of small molecules through the Gram-negative cell envelope. We used a florescent molecule pair, Atto565 and Atto565-biotin as model compounds and studied their permeation behavior in E. coli. Our results indicated that biotinylation helped the molecule Atto565 to cross the outer membrane of E. coli through OmpC porin.

Moreover, in the third project, I studied how the inflammasome activation and pyroptosis plays a role in pathogenesis of Salmonella systemic infection. We found that Salmonella systemic infection causes severe inflammation as indicated by very high plasma concentration of pro-inflammatory cytokines, IL-1β, IL-6 and TNF-α. Furthermore, it also caused disseminated intravascular coagulation (DIC) as indicated by increased prothrombin (PT) time and plasma thrombin-antithrombin (TAT) levels. Deficiency of caspase 1 protected the mice from Salmonella induced inflammation, coagulation and death during acute systemic infection. Similarly, deficiency of NAIP and GSDMD significantly reduced the Salmonella induced inflammation in vivo. In addition to this, in vitro studies showed that deficiency of Caspase 1, NAIP and GSDMD also protects the bone marrow derived macrophage’s (BMDM’s) death upon Salmonella infection. Use of flagellin and Salmonella pathogenicity island 1 (SPI1) region knockout strains of Salmonella induced significantly less cytokine release in the plasma, however, could not protect from the coagulation and lethality. In vitro, inflammasome activation and BMDM death was also completely abolished when flagellin or SPI1 deficient strains of Salmonella were used. These results indicate that during acute Salmonella systemic infection severe inflammation occurs mainly through NAIP/Caspase 1/GSDMD axis induced by the combination of both flagellin and T3SS. However, coagulation could also be induced also by factors other than flagellin and T3SS present in SPI1 that contributes to lethality. 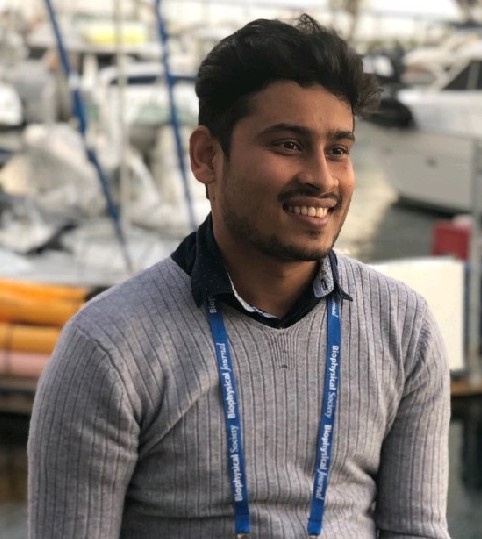 Abstract Title: The outer membrane of Gram-negative bacteria (GN) makes them distinct among superbugs that are associated with the development of antibiotic resistance. The outer membrane, and inner membrane, separated by the periplasm, form a double-membrane barrier to the entry of antibiotics into the cell.  Several studies have been conducted to examine the role of outer membrane modifications such as porins, lipopolysaccharides, and efflux pumps on antibiotic resistance. However, there is a paucity of knowledge on how antibiotics behave in the periplasm, in order to gain access into their target region. My thesis focuses on understanding the mechanism of antibiotic permeability through the cellular envelope of Gram-negative bacteria.   I studied the distribution of fluoroquinolones in the two aqueous compartments (periplasm and cytoplasm) of Escherichia coli using fluorescence intensity measurement and minimum inhibitory concentration (MIC) test.  We treated the bacteria cells with each antibiotic, allowed the antibiotic to accumulate in the cells, fractionated the cells and quantified the concentration of accumulated antibiotic through the measurement of its fluorescence intensity. The compound accumulation assay showed that the efflux-deficient strain (?tolC) accumulated more antibiotic than the wild type (WT) strain, for all nine fluoroquinolones we tested. An analysis of the subfractions showed a greater accumulation of the antibiotic in the periplasm than in the cytoplasm. A positive correlation was seen between the MIC ratio (WT/?tolC) and the cytoplasmic accumulation ratio (?tolC/WT). This is an indication that the efficacy of a drug is a combined function of its ability to accumulate in the target region and inhibit the target.  I also studied the impact of osmo-regulated periplasm glucans (OPGs) on antibiotic susceptibility in GN.  We created E. coli and Salmonella typhimurium strains deficient in OPG production. We also created an E. coli strain that produced neutral OPGs. The drug susceptibility test showed that the strains that are either deficient in OPG production or produce neutral OPGs were less susceptible to the positively charged aminoglycosides compared to the WT strain. A similar response was observed when the bacteria strains were treated with the fluoroquinolones and tetracyclines. We speculate that this behavior is due to the net positive charge carried by these antibiotics from complexes formed with Mg2+. In contrast, the strains grew slower in the presence of a negatively charged cerufoxime. The observed MIC changes were not due to a leaky membrane. The OPG deficient strains produced significantly reduced amount of OPGs compared to the parent strain. Our study demonstrated that charge plays a significant role in OPG-mediated susceptibility to antibiotic.   We also probed the role of OPGs on copper homeostasis in Gram-negative bacteria. We found that the disruption of the opgGH operon had an impact on the tolerance of GN bacteria to copper. Copper quenched the fluorescence of cytosolic GFP faster in the OPG- deficient strains compared to the WT strain. The GFP-quenching effect of copper ions was diminished with the increase of ionic strength, indicating that Cu2+ penetration into the cytoplasm slowed down under high salt condition. 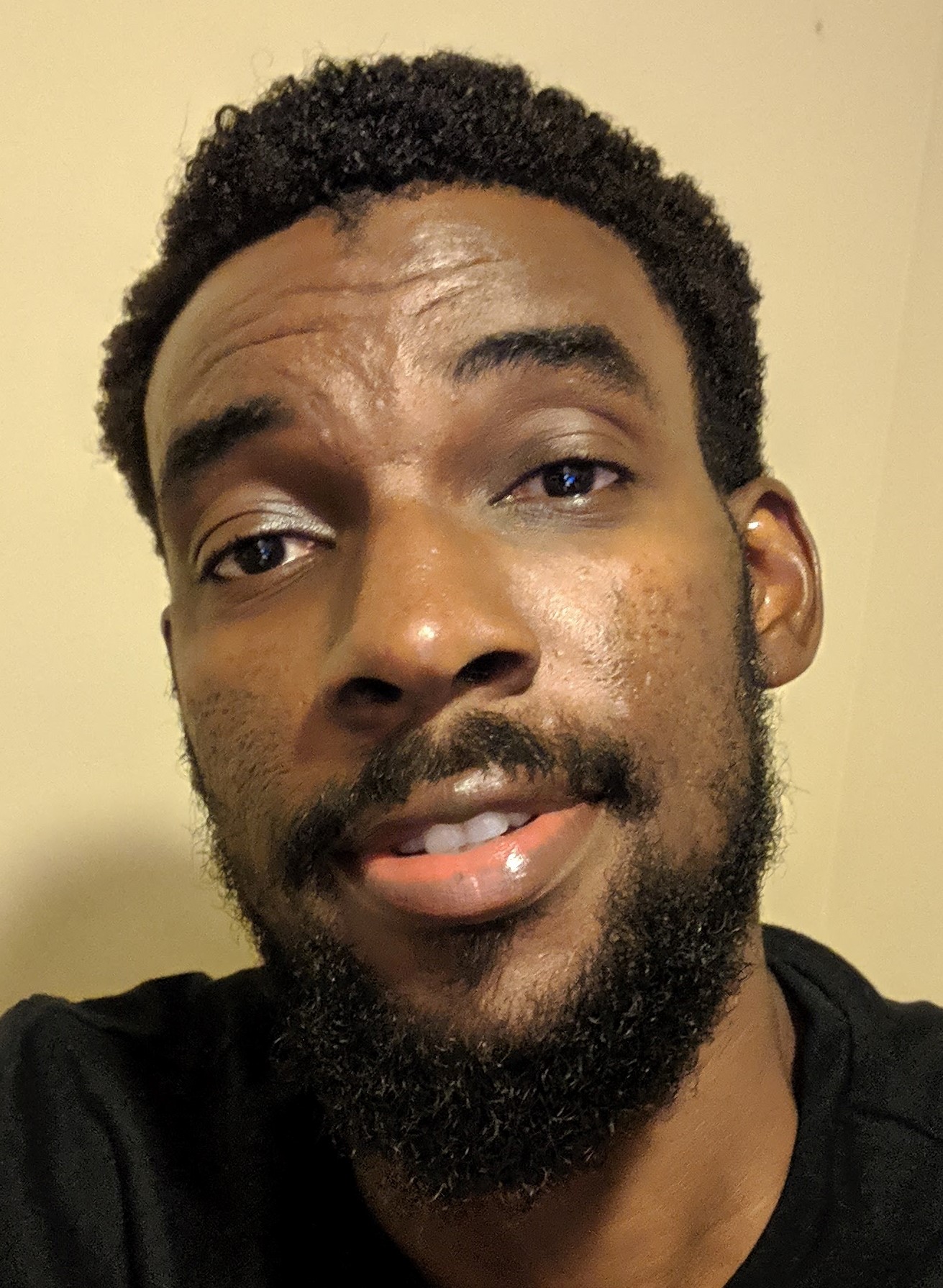