Eugene and Guzman reveal how sunlight can spark chemical reactions in clouds, fog, and mist

Atmospheric aerosols such as smoke, fog, and mist are made of fine solid or liquid particles suspended in air. In the lower atmosphere aerosols play a major role in controlling air quality, as well as in scattering and absorbing sunlight. This interaction of aerosols with light varies widely and depends on their complex chemical composition that rapidly changes under the governing highly reactive conditions found in the atmosphere. Importantly, the mysterious formation of carbon-containing atmospheric particles has intrigued atmospheric scientists during the last decade. This issue demands a thorough understanding of the mechanisms of atmospheric reactions as tackled in a new laboratory study entitled Reactivity of Ketyl and Acetyl Radicals from Direct Solar Actinic Photolysis of Aqueous Pyruvic Acid published in the Journal of Physical Chemistry A. 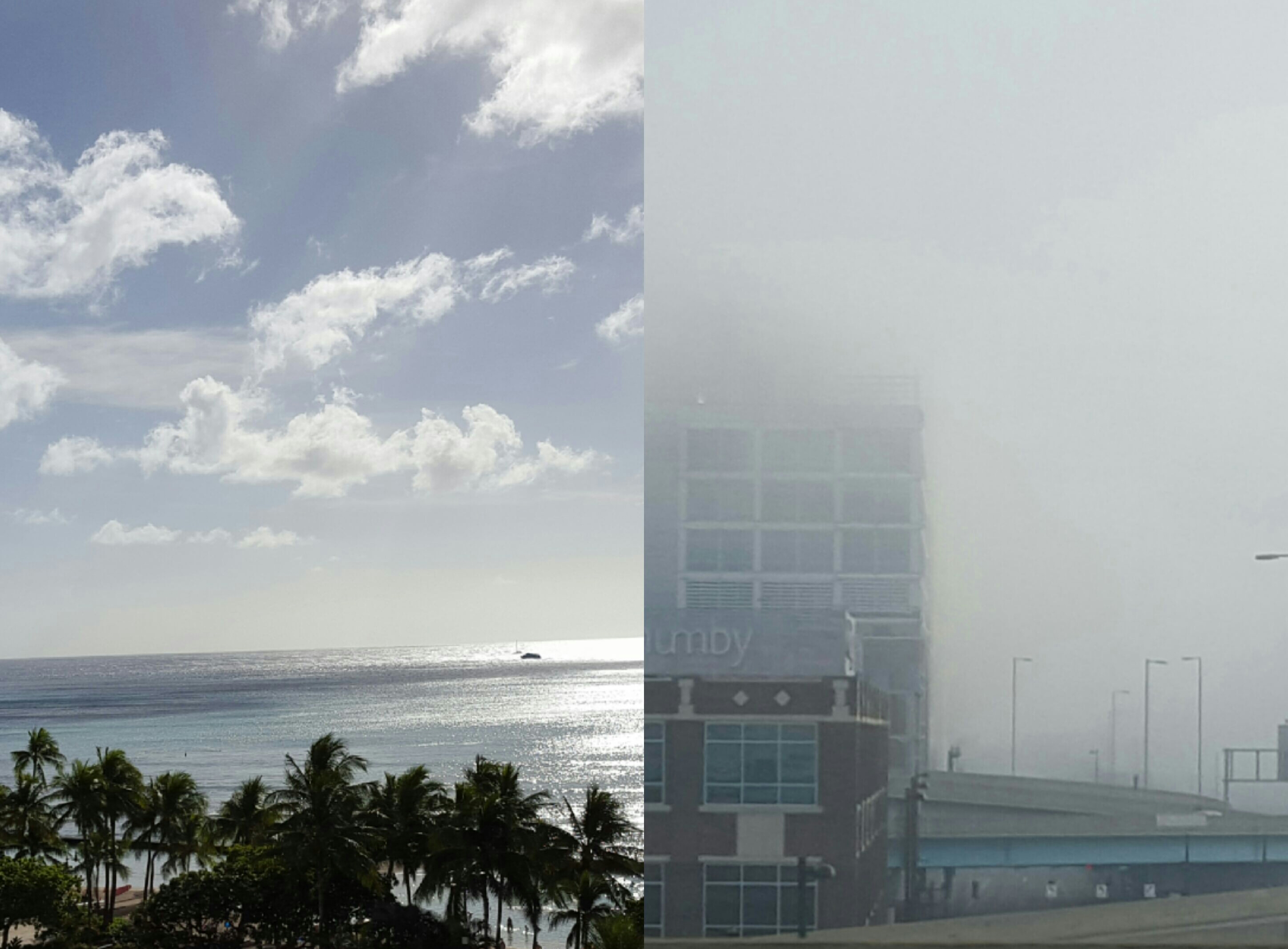 The work shows how a common compound with three carbon atoms called pyruvic acid, a degradation product from abundant polycyclic aromatic hydrocarbons (PAH) and volatile organic compounds (VOC), participates in the generation of precursors for brown organic aerosol. The research demonstrates that pyruvic acid, which is ubiquitous in atmospheric waters (e.g., fogs and aqueous aerosols, as seen in the photo), can absorb sunlight to generate highly reactive radical species via a detailed proton-coupled electron transfer (PCET) mechanism. The mechanism is initiated by the action of light and promotes the formation of heavier products with six to eight carbon atoms, which have the larger chemical complexity expected for the formation of new secondary organic aerosol particles. The formation of secondary organic aerosol is one of the least well-understood atmospheric processes that scientists are working on.

The detailed work also reports concentration dependent quantum yields, a key parameter necessary for evaluating the impact of photochemical reactions across independent studies. Finally, the research indicated that the action of sunlight on water particles is responsible for the main mechanism of pyruvic acid loss in the lower atmosphere, indicating that aqueous photochemistry may be an important overall step in the atmospheric cycling of anthropogenic pollutants.

Journal reference: The Journal of Physical Chemistry A

This article is reproduced from the original published at phys.org