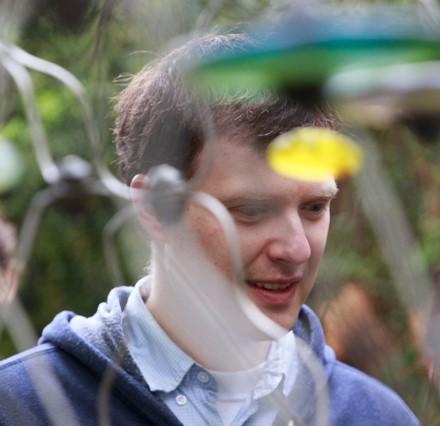 Abstract: In this seminar, we will focus on our recent work on two different thin film systems – metal halide perovskites and organic semiconductors.For one, through proper control of processing, we are able to realize pinhole free organic semiconductor films with single crystal grains with mm dimensions. We have found that transport in these films is considerably improved compared to disordered films, and that organic solar cells incorporating these long-range-ordered films exhibit highly delocalized, and band-like charge transfer (CT) states, contributing to noticeably lower energy losses. We will discuss these aspects and our understanding to-date of which molecules are amenable to the formation of such films, and how to propagate their growth. Also, organic hole transport materials (HTMs) are ubiquitous in halide perovskite solar cells, but what is less well known is that shallow HTMs that facilitate hole extraction from the perovskite also enable halogen transport. We will present our understanding of this phenomenon, as well as impacts to devices with regard to Au diffusion.

Bio: Barry Rand earned a BE in electrical engineering from The Cooper Union in 2001. Then he received MA and PhD degrees in electrical engineering from Princeton University, in 2003 and 2007, respectively. From 2007 to 2013, he was at imec in Leuven, Belgium, ultimately as a principal scientist, researching the understanding, optimization, and manufacturability of thin-film solar cells. Since 2013, he is in the Department of Electrical Engineering and Andlinger Center for Energy and the Environment at Princeton University, currently as a Professor. Prof. Rand’s research interests highlight the border between electrical engineering, materials science, chemistry, and applied physics, covering electronic and optoelectronic thin-films and devices. He has authored over 160 refereed journal publications, has 25 issued US patents, and has received the 3M Nontenured Faculty Award (2014), DuPont Young Professor Award (2015), DARPA Young Faculty Award (2015), and ONR Young Investigator Program Award (2016).