The basic research interest of our laboratory centers on biochemical and biomedical problems involving control at the molecular level. Specifically, we are most interested in biological systems regulated by protein-nucleotide interactions where the bioenergetics involved are expressed through site-specific nucleotide binding of high affinity or through protein substrate phosphorylation. Our approach to this general phenomenon is to synthesize novel nucleotide analogs that are photoactive or fluorescent, or both. The analogs are then used to study various aspects of protein-nucleotide interactions which regulate enzyme activity. Analogs used may be modifications of the commonly known nucleotides such as ATP, cAMP, GTP, dUTP, NAD+, UDP-Glc, etc. or probes of the more unusual nucleotides such as the proposed alamones guanosine-3 -phosphate-5 -phosphate (magic spot compounds) and diadenosine-P1, P4-tetraphosphate.

These nucleotide analogs are used to study a wide variety of enzymes that either use or are regulated by nucleotides including cyclases, kinases, and polymerases. Certain of these probes have proven useful in the study of the differences between normal and diseased tissues as observed through changes in nucleotide binding proteins. Alzheimer's disease and colon carcinoma are two of the diseases we are currently investigating. Additionally, we have found that several of the large polypeptide hormones (or biological response modifiers) have nucleotide binding sites. These include IL-1, IL-2, Interferon- alpha, TNF (tumor necrosis factor), glucagon and GH (growth hormone) from several sources. We therefore feel that the transmembrane signaling effected by these proteins may, at least partially, be expressed partially by an enzyme activity associated with the "hormone" itself. This is supported by the observation that IL-1 and IL-2 also autophosphorylate using ATP. 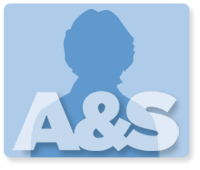