UK College of Arts and Sciences: 106 Years of Excellence 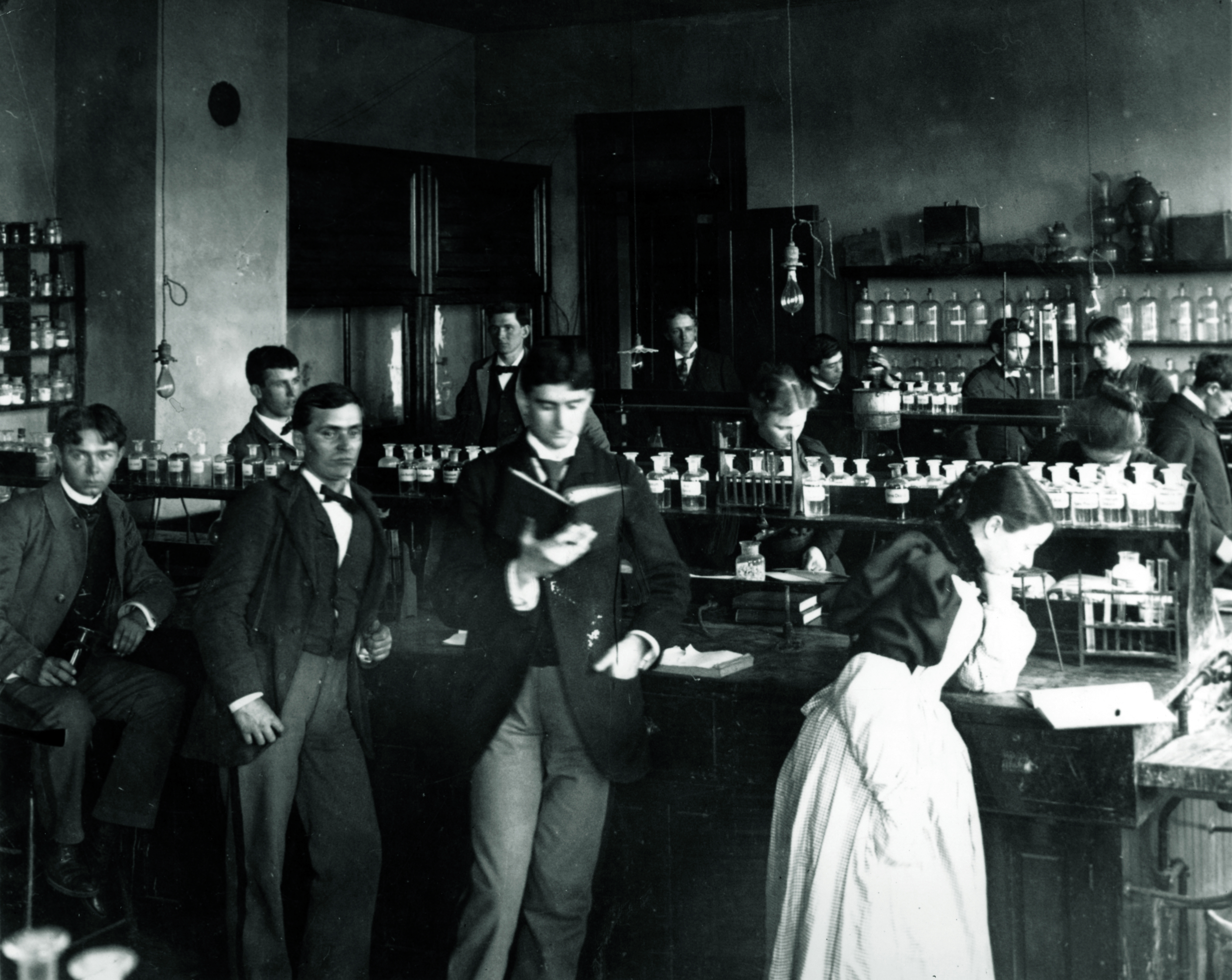 The college grew quickly under the inspiration and commitment of President James Patterson, whose statue now graces the plaza next to the Patterson Office Tower where many of the college’s faculty and its administration maintain offices. Due to the establishment of the Graduate School in 1912, by 1927 the departments of psychology, mathematics, physics and chemistry were among the first in the university to offer doctorate degrees.

But it was during Frank McVey’s tenure as president that the college burgeoned. During his first academic year as president, McVey expanded the college from 13 departments to 22 and added the “s” to make it the College of Arts and Sciences. Over its first 20 years, the college had added the Department of Anthropology (in 1927), now among the oldest anthropology departments in the U.S., and a School of Journalism in 1913, spawning the first edition of the Kentucky Kernel only two years later. It was during this period that the college’s School of Education splintered to become the College of Education.

The years of 1933-59 were marked by both hardships and progress. While its curriculum continued to expand at the conclusion of World War II – the Department of Geography in 1944 and the Radio Arts Department in 1947 – the university at last resolved its issue of segregation in 1949 with the admission of African American Lyman T. Johnson to its Graduate School. The college was represented by two African-American undergraduates – William Jones Jr. (sociology) and Doris Wilkinson (social work) – at the 1958 Commencement. Wilkinson went on to become the university’s first African-American female professor in 1967 when she joined the Department of Sociology. The college responded to the influence of the Cold War with the creation of the Patterson School of Diplomacy in 1959, attracting outstanding students and faculty from across the nation, just in time to experience some of the most tumultuous years our nation has experienced, the 1960s and ’70s. 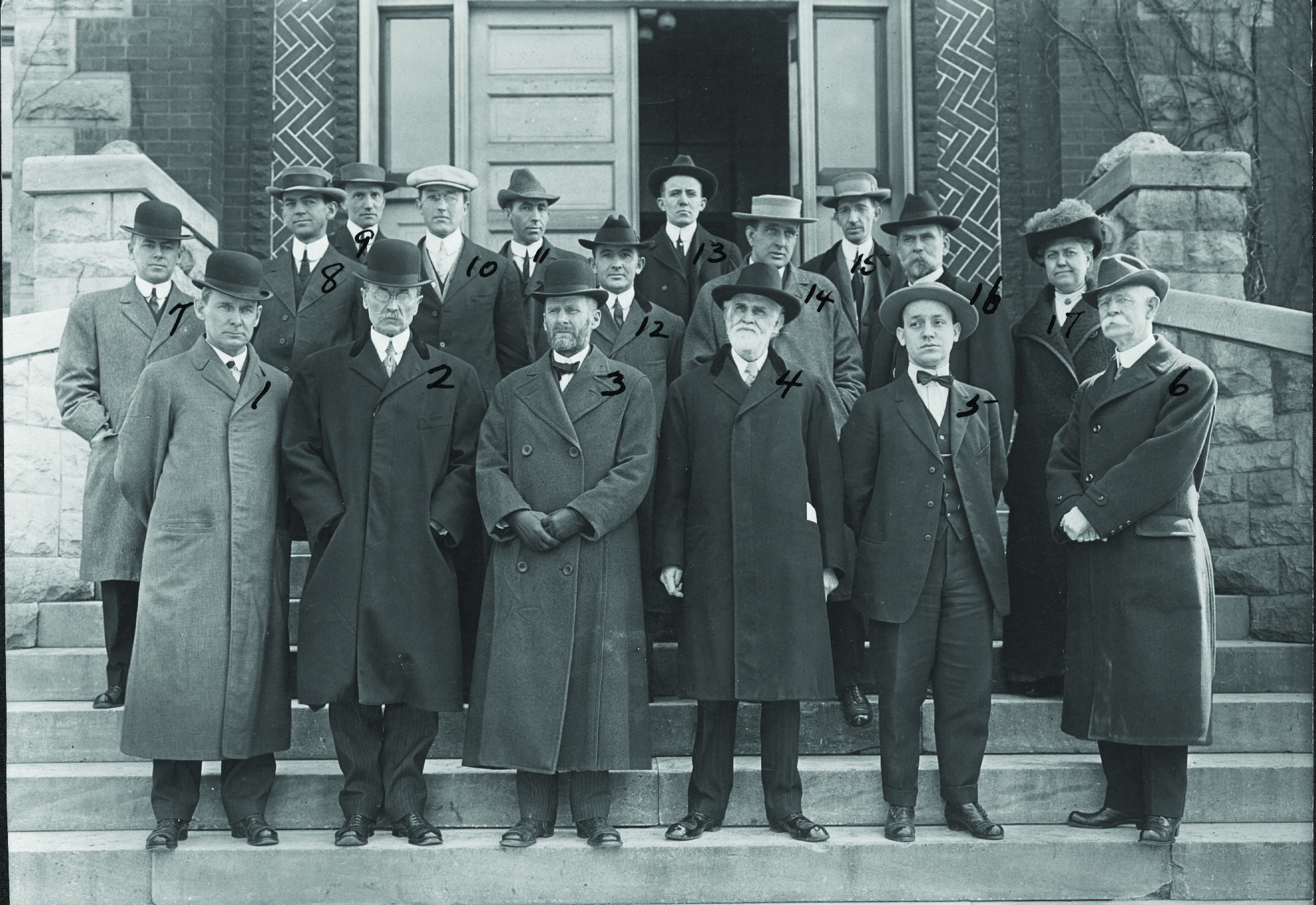 The University of Kentucky was not alone as college campuses across the nation were torn by political and social upheaval of the ’60s and ’70s. Its students and faculty publicly protested the Vietnam War, the denial of equal rights to women and racial minorities, the War on Poverty, global hunger and oppression, and the killing of protesting students at Kent State University. And yet, it was during these two decades the College of Arts and Sciences again experienced riotous growth. With the construction of Patterson Office Tower and the nearby White Hall Classroom Building, the college’s faculty and students at last found a home in the center of campus. The college responded to the needs of the nation and its students by hiring the university’s first African-American professor in 1965, sociologist Joseph Walter Scott, the development of the Kentucky Appalachian Center and its Appalachian studies curriculum in 1977 (currently a national leader), and the creation of the still-thriving Women Writers Conference in 1979.

College of Arts and Sciences programs continued to mature in the next decades, including Hispanic Studies, which was ranked No. 1 in the nation in 2005, as well as high-ranking philosophy and English. The African American Studies and Research Program, created in 1984, held the first UK Black Women’s Conference in 1995 and began an integral involvement in the publication of the “Kentucky African American Encyclopedia: Black Life and Culture in the Commonwealth.” The MacAdam Student Observatory was opened to campus and the greater community in 2008, the college’s centennial year, when it was home to 25 majors and 33 minors. 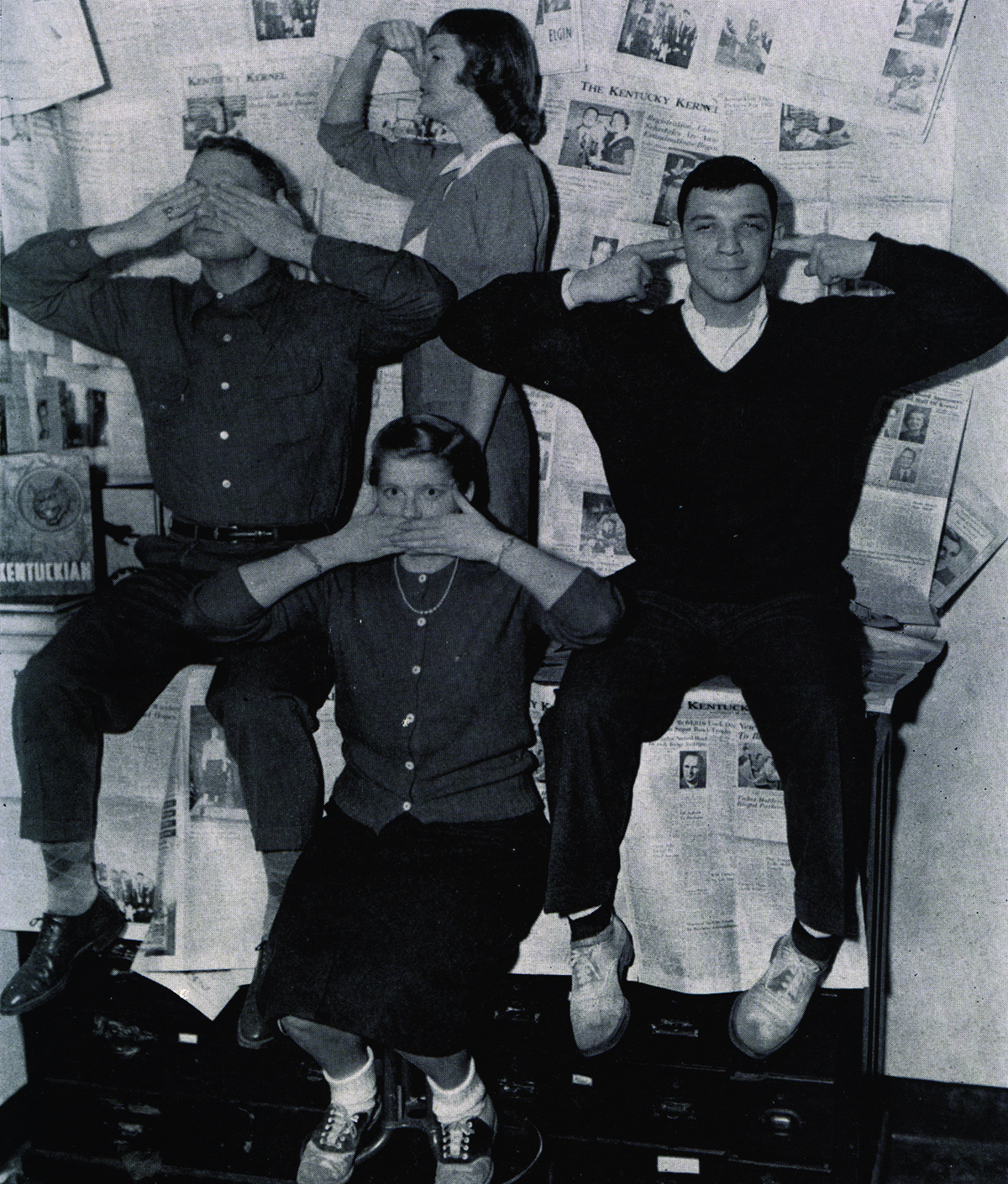 Today, just six years later, the modern College of Arts and Sciences is the largest undergraduate college at UK with 18 departments, 14 interdisciplinary programs, 30 majors and more than 400 faculty members. Its graduate programs are often ranked among the best in the nation. Nearly every UK undergraduate alum takes one or more classes in the college during their academic career at UK due to UK Core.

“The College of Arts and Sciences is an incredibly diverse, intellectually-rich space for students to explore, question and discover,” said Kornbluh. “With the recent growth of the college’s Living Learning Programs, the addition of new interdisciplinary majors, and the abundance of research opportunities, A&S provides students with a well-rounded experience. By majoring in arts and sciences, students learn content and practical application, but also how to think; how to analyze; how to reason; how to communicate; and how to be ethical.”

The College of Arts and Sciences has placed the issue of diversity and equity at the forefront of its agenda, defining it widely, pressing for greater exposure and understanding of differences in race, ethnicity, gender, geography, sexual orientation, religion, creed and physical ability.

The college’s current mission “is to facilitate the learning of a large and varied student population, and to advance the frontiers of knowledge in the humanities, social sciences, and natural and mathematical sciences through a range of research activities that befit a flagship, land-grant university.”

The mission statement goes on to add that it must “challenge students to think for themselves, and to think critically. …critical thinking means the habitual use of the analytical skills, organizational ability, creativity and imagination that students will need to become productive members of an increasingly better educated work force. On a more abstract but equally important level, it means perpetually re-evaluating the assumptions, prejudices and aspirations of one's society, community, family, and self. 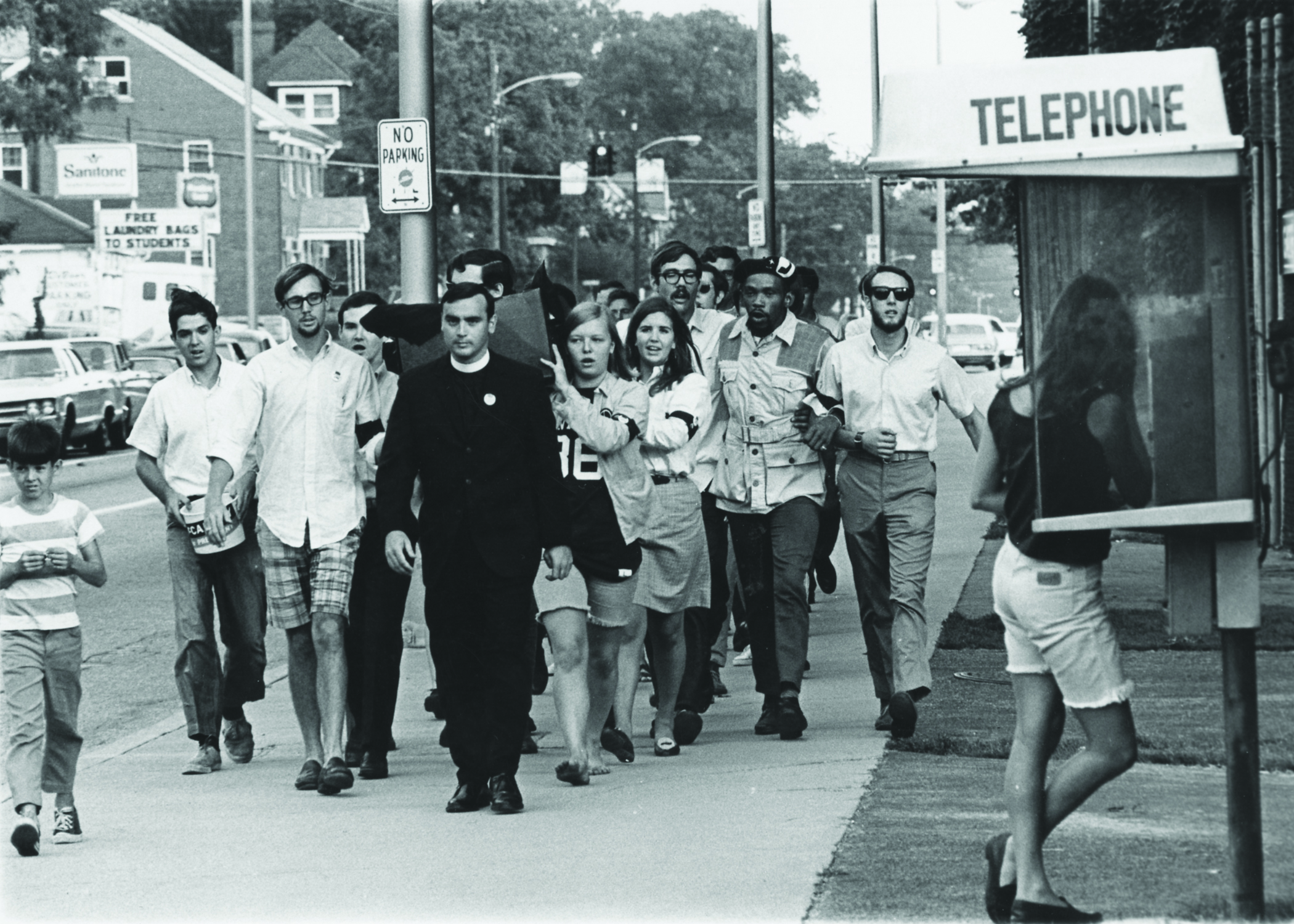 “It is also the particular obligation of the college to contribute to the discovery of new knowledge… Since the University of Kentucky is the Commonwealth’s leading research university, the advancement of academic research across a very broad front is central to the college’s mission, and is a goal that routinely informs the teaching and service obligations of its faculty members.”

The college’s future will continue to burn bright, says its dean.

“The future is bright for the College of Arts and Sciences as growth continues. The university is currently constructing a new Academic Science Building, set to open Fall 2016, which will stand as an embodiment of science and science education in the 21st century,” said Kornbluh. “It will be a state-of-the-art facility at the epicenter of the university’s scientific community, linking the medical campus with the academic campus; integrating disciplines, knowledge, and ways of learning in innovative and important ways.

“We recently opened two new interdisciplinary majors: Environmental and Sustainability Studies and Health, Society and Populations, with more on the horizon.  By fall 2015 the college – through partnerships – will contribute to four living learning programs.  We are expanding our international research as well, with new partnerships with universities in China, South Africa, Australia, among others,” Kornbluh said.

“It is an exciting time as we continue the tradition of excellence begun by the college’s founding seven faculty members 106 years ago.”